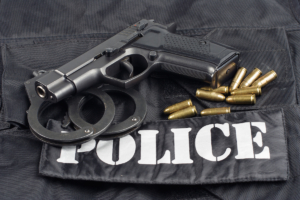 As President Trump complains about FISA warrants being issued on unreliable information what he is really complaining about are warrants for searches and seizures being issued without probable cause.  Such issues arise in many criminal case, not just the investigation and apparent pending prosecution of the President of the United States.

The Fourth Amendment of the United States Constitution says what it means. As opposed to many modern laws on the books, the Fourth Amendment, like the other Ten Amendments to the Constitution are clear, unambiguous and clearly expresses the rights of the people. The Fourth Amendment deals with search and seizure. It is one of the first 10 Amendments that were ratified in 1791 and make up the Bill of Rights. Consisting of only 54 words the Fourth Amendment lays out people’s rights against unreasonable searches and seizures. “The right of the people to be secure in their persons, houses, papers, and effects, against unreasonable searches and seizures, shall not be violated, and no Warrants shall issue, but upon probable cause, supported by Oath or affirmation, and particularly describing the place to be searched, and the persons or things to be seized”. Despite its simplicity over time courts of the United State have interpreted its language and carved out exceptions. Hundreds of cases in the California courts and the Federal Courts have tried to apply the Fourth Amendment when police search a house, apartment, a vehicle, a backpack, a purse. In many cases, a search and seizure of property is deemed by the police to be evidence of a crime and thereafter a suspect is arrested and charged with a crime. These are illegal searches.

The United States Court of Appeals for the Ninth Circuit recently dealt with a Fourth Amendment case which reminds us as to what is and is not permitted by law enforcement in investigating a crime. In Bonivert v. City of Clarkston, et al the court clarified the rights of an individual under the Fourth Amendment.

In the early morning hours of 2012 police officers received a domestic violence call originating at a house In Clarkston, Washington. The radio dispatcher radioed to the officers that the suspect, Mr. Bonivert was in the house and his girlfriend, (the possible victim) was outside of the home sitting in a vehicle with her child. Knowing that the victim was clearly outside of the home and apparently safe from danger, the officers knocked on the front door of the home in order to interview the suspect. Both the front and back doors were locked. As officers went to a side door they heard the door lock and knew that someone inside did not want them to enter. The individual inside had no weapons and was not a danger to himself. Instead of applying for a search warrant an officer shattered a window and gained access to the house. Upon entering the home, officers utilized a tazer on the individual and arrested him.

The court decided that the search violated Mr. Bonivert’s Forth Amendment right to be free from unreasonable searches and seizure.  A warrantless search of a home is presumed to be unreasonable unless there is a warrant.  This is an example of illegal searches.

However, the court noted that there are well established exceptions to this general rule.

If the police receive consent from someone living in the home then they do not need a warrant to enter the home. The consent can come from a room mate or anyone else who has “common authority over the premises”. But what if two occupants are present and one consents to the search and the other does not? If the co-occupant objecting to the search is also physically present, then even though the other co-occupant gives consent, the police cannot enter the home.

If the police reasonably believe that there is a need to render emergency assistance to someone inside the home, or to protect another person in the home from imminent injury, then the police do not need a warrant to enter the home.

If the police have probable cause to believe that a crime has been or is being committed and have a reasonable belief that entry is necessary to prevent the destruction of relevant evidence, escape of a suspect, or some other consequence improperly frustrating legitimate law enforcement efforts, then police do not need a warrant to enter the home.

The court in this case quoted the poet Carl Sandburg who wrote, “an open door says, ‘come in”. As a corollary the court stated that a locked door says “stay out” and a shut door certainly does not say “come in”.

Loss of freedom, employment, money and separation from friends and family. This is why when a search or seizure of property or an arrest of a person is made, that person should have an experienced attorney review the facts of the case including the evidence obtained in a search to determine whether there has been a violation of the persons Constitutional Rights. There are hundreds of cases interpreting the Fourth Amendment which control when the police can and cannot enter a home, search a car, search a person or make an arrest. The law in this area applies to many different facets of law enforcement and is nuanced and can be complicated. If you believe the police have improperly entered your property, home, car, or belongings, or have made an improper arrest it is important to seek competent legal advise from an experienced attorney.

Negotiating a fair resolution to a case In many cases motions can be filed to exclude evidence which is improperly obtained, which can lead to a dismissal of a case or a favorably negotiated resolution of a case.  If you are charged with a crime in California whether it be Palmdale, Los Angeles, Ontario or any other city in California, you should always retain an experienced criminal attorney if possible to determine if illegal searches or seizures should be challenged.