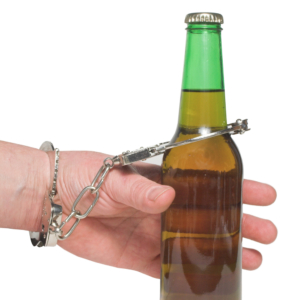 It is a rite of passage for many music lovers to journey to the Coachella Valley in Riverside, California to enjoy the annual music festival which this year will last over a two week period.  As with many music festivals, Coachella oftentimes have designated drinking or tailgating areas where festival goers are served alcohol.   For the past few years our criminal defense firm has received calls and represented underage including college students who have been arrested for carrying a fake ID, underage drinking and possession of marijuana usually less than an ounce.   On many occasions these arrests occur with the help of undercover law enforcement officers working in and around the music festival.  Although some of these charges may be infractions others have been charged by the Riverside District Attorney’s office as misdemeanors which if not defended properly by an experienced criminal defense lawyer can lead to a criminal conviction that may affect a person including students with no prior records for the rest of their lives.    If charged with a crime at Coachella or any other festival you should always consult a California underage drinking lawyer/California criminal lawyer with experience in handling these often very inconvenient and sometimes serious criminal charges.

Last year our firm represented a young college student who was arrested but an undercover law enforcement officer at the Coachella music festival for being in the possession of alcohol and buying alcohol with a fake ID.   California Business and Professions Code section 25661(a) provides in pertinent part that it is unlawful for any person under the age of 21 to have in their possession and offer false identification meaning a false and  fraudulently written, printed and photostatic evidence of age and identity for the purpose of purchasing, order and procuring the service of an alcoholic beverage.

B&P §26511(a) is  a misdemeanor which means a convictions can lead to a sentence of up to 32 hours of community service l and a fine of  not less than $250.00 not including penalty assessments which can be double the fine.   In addition and perhaps more concerning to under age defendants is that a conviction can lead to a mandatory license suspension of 1 year pursuant to California Vehicle Code section 13202.5.  A second or subsequent conviction can lead to increased penalties.

Often times a person charged with buying or attempting to buying alcohol with a fake ID is also charged with being in possession of alcohol in a public street, highway or establishment open to the public while under 21 years of age in violation of California Business and Professions Code section 25662(a).   Similar to  B&P §26511(a), penalties include 24 to 32 hours of community service and a mandatory suspension of driving privileges for 1 years pursuant to Vehicle Code § 13202.5.

During the Coachella festival there are often times 100s of arrests of underage persons for alcohol and/or drug related charges.  Hiring a California underage drinking lawyer can often times lead to dismissal of charges either through a trial or negotiation with a prosecutor.   If a person has no prior record, a seasoned criminal lawyer may be able to work out a plea for diversion where the accused agrees to complete a alcohol, drug or similar class and after an agreed amount of time (usually a year to 18 months) the charges are dismissed and nothing goes on the defendant’s record.

Sometimes adult partygoers or vendors furnish or sell alcohol to minors.  California Business and Professions Code section 25658 makes it unlawful to sell, furnish, give away or cause to be sold alcohol to a person under the age of 21.   If you are an establishment selling alcohol one defense to selling alcohol to an underage drinker is set forth in California Business & Professions Code section 25660 which absolves persons selling or furnishing alcohol if the seller reasonable relied on a genuine government issued ID including a passport, driver’s license or California ID when furnishing the alcohol.

If convicted of furnishing a minor alcohol, a criminal defendant faces a misdemeanor conviction with up to a $1000.00 fine and up to 24 hours of community service in either a county coroner’s office or a drug or alcohol treatment facility.  If a person furnishes or sells alcohol to an underage drinker and that person consumes alcohol and causes great bodily injury to themselves or another, a defendant faces a misdemeanor conviction and up to 6 months in county jail.

Going to a music festival like Coachella should be an unforgettable experience whether you are young or old.   However, if you are underage beware of the laws governing drinking and identification as there will be undercover officers present at these festivals looking to arrest and cite you for violating California Law.   In addition, you are probably facing greater consequences if you knowingly furnish or sell alcohol to a minor so one should always be careful when buying for or selling alcohol to anyone who appears to be underage.

If charged with a crime at Coachella or any other festival you should always consult a California underage drinking lawyer/California criminal lawyer with experience in handling these often very inconvenient and sometimes serious criminal charges.