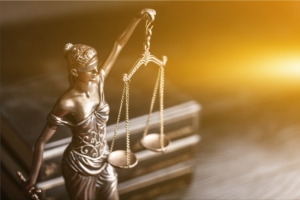 Recently, it has come to light that dozens of persons accused of serious crimes in California were convicted on the heels of a prosecutor cheating or acting unethically in a case, often time referred to as prosecutorial misconduct.  Specifically, wrongful convictions included Christopher James Lloyd who suffered a criminal conviction in Orange County Superior Court after allegedly assaulting a man with a deadly weapon (knife) in a hotel room.   Moreover, Jonis Centeno was convicted with the help of prosecutorial misconduct of lewd acts.  Roshawn Charles wrongfully convicted in Los Angeles Superior Court of aggravated assault with a gang enhancement.    In addition, many other California criminal prosecutions were reversed by the California Courts of Appeal based on prosecutorial misconduct on behalf of prosecutors.   For many years prosecutorial agencies acted with impunity as they skirted constitutional rules in prosecuting persons accused of crimes in California.   It seems their desire to obtain a conviction override their constitutional and prosecutorial duties to obtain justice which does not necessarily mean obtaining a conviction against a person accused of a felony or misdemeanor in California.

In the seminal United States Supreme Court case of Brady v. Maryland, 373 U.S. 83, it was held that prosecutors in all criminal cases must turn over all evidence to the defense that might exonerate a defendant in a criminal prosecution.  There have been numerous criminal cases dealing with what evidence constitutes “might exonerate” a defendant.  If you are charged or convicted of a crime in California your should hire an experienced criminal defense attorney who is aware of the Brady standard and the duties of a prosecutor in a criminal case.

There are two types of Brady violations, each with its own standard for determining whether the undisclosed evidence is material and merits a new trial. Id. The first category of violations, often called Giglio claims, occurs where the undisclosed evidence reveals that the prosecution knowingly made false statements or introduced or allowed trial testimony that it knew or should have known was false. Agurs, 427 U.S. 97, 103-04(1976); Giglio v. United States, 405 U.S. 150, 153, (1972) (noting that the same rule applies when “the State, although not soliciting false evidence, allows it to go uncorrected when it appears.”) (internal quotation marks omitted); United States v. Alzate, 47 F.3d 1103, 1110 (11th Cir.1995) (the Giglio rule applies to “explicit factual representations by the prosecutor at a side bar and implicit factual representations to the jury” while questioning a witness). Under this category of Brady violations the defendant is entitled to a new trial “if there is any reasonable likelihood that the false testimony could have affected the judgment of the jury.” Agurs, 427 U.S. at 103, 96 S.Ct. at 2397. The “could have” standard requires a new trial unless the prosecution persuades the court that the false testimony was “harmless beyond a reasonable doubt.”  Chapman v. California, 386 U.S. 18, 24, (1967). This standard favors granting relief. It is shaped by the realization that “deliberate deception of a court and jurors by the presentation of known false evidence is incompatible with rudimentary demands of justice.” Giglio, 405 U.S. at 153 (internal quotation marks omitted).

The other category of Brady violations occurs when the government suppresses evidence that is favorable to the defense, although the evidence does not involve false testimony or false statements by the prosecution. The defendant is entitled to a new trial if he establishes that “there is a reasonable probability that, had the evidence been disclosed to the defense, the result of the proceeding would have been different.” United States v. Bagley, 473 U.S. 667, 682, 685, 105 S.Ct. 3375, 3383, 3385, 87 L.Ed.2d 481 (1985)  (internal quotation marks omitted); see also Kyles v. Whitley, 514 U.S. 419, 433 (1995). A “reasonable probability” of a different result exists when the government’s evidentiary suppressions, viewed cumulatively, undermine confidence in the guilty verdict. See Kyles, 514 U.S. at 434, 436-37 n. 10.

Although the government’s knowing use of false testimony does not per se require reversal, the Napue materiality standard is “less demanding” than “ordinary” harmless error review. See Dow, 729 F.3d at 1048 (citations omitted). A Napue violation is established where there is “any reasonable likelihood that the false testimony could have affected the judgment of the jury.” Jackson, 513 F.3d at 1076 (quoting Hayes, 399 F.3d at 985) (emphasis added in Jackson). Moreover, “Napue requires us to determine only whether the error could have affected the judgment of the jury, whereas ordinary harmless error review requires us to determine whether the error would have done so.” Dow, 729 F.3d at 1048 (emphasis in original). Cf. Brecht v. Abrahamson, 507 U.S. 619, 636-37 (1993) (holding that federal habeas review requires higher standard of harmless error than “beyond a reasonable doubt” standard used on direct review; and holding that, on federal habeas review, standard of whether error “had substantial and injurious effect or influence in determining the jury’s verdict” applies). Where a Napue error is deemed to be material, the analysis ends; there is no further harmless error analysis under Brecht. Hayes, 399 F.3d at 984.

In many criminal prosecutions in California, the prosecution may feel they don’t have quite enough evidence in a case and will seek the help of a jail house informant to get information from a defendant in a criminal prosecution.  For this reason alone, persona accused of crimes should never discuss there case with a person other than there lawyer especially other inmates who are in custody.  Often times, inmates will get deals or preferential treatment on their cases from a prosecutor in exchange for trying to get a confession or incriminating statement from another inmate in jail who is awaiting trial.   If a prosecutor fails to disclose that benefits have been given to a jail house informant, a Brady or similar violation may arise allowing for dismissal of a case or reversal of a conviction.

California Prosecutors have often ignored their constitutional duties under Brady as the repercussions didn’t mean much to a prosecutor personally.   However, recently enacted California Law makes it a felony for a prosecutor to falsify or knowingly withhold evidence.  Specifically in 2016 AB 1909 was signed into law by Governor Jerry Brown putting prosecutors on notice that they can’t cheat to get a criminal conviction in California.  Previously withholding evidence was only a misdemeanor for persons in the general public and a felony for law enforcement officers.   Now prosecutors face prosecution under California Penal Code section 141 for violating an accused rights in a criminal case.

Facing criminal charges in California can be quite daunting and very serious.  However, facing prosecutorial misconduct is downright scary.   As such, when you are accused of a crime in California you should always retain an experienced California criminal defense attorney to keep the prosecutors honest get your best chance at justice.