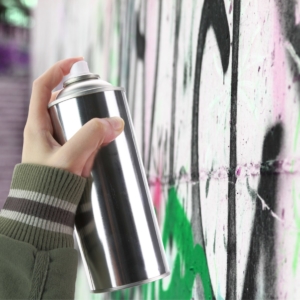 Last week Zachary Fernandez turned himself into Los Angeles police after vandalizing the Hollywood sign in as part of a New Year’s prank.  Mr. Fernandez trespassed onto the property of the sign and changed the sign to read “Hollyweed” as opposed to Hollywood.  Mr. Fernandez was not shy about his conduct reporting his actions to news outlets prior to him being charged.   Mr. Fernandez was also caught on security cameras entering the property and changing the sign.  Mr. Fernandez indicated he was very passionate about marijuana issues.  He also indicated that his conduct was also in honor of Danny Finegood who also changed the sign in 1976 to read “Hollyweed” as part of an apparent school project. Despite raising awareness about marijuana issues, Mr. Fernandez could be facing criminal penalties if convicted. He will most likely hire a California vandalism attorney.

California Penal Code section 594 makes it a crime to maliciously damage another property including damaging property, destroying property or defacing property with graffiti or other written instrument or material.  If the value of the property damages exceeds $400.00, a prosecutor has the discretion to charge the crime as a misdemeanor.  Because the crime of vandalism is a “wobbler” meaning it can be charged as a misdemeanor or felony, a judge does have the discretion to reduce such a felony charge to a misdemeanor either before or after a person is convicted pursuant to a motion under California Penal Code section 17(b). It is best to consult a California vandalism attorney.

Examples of vandalism can also include the destruction of property involving a domestic dispute when one party destroys a lamp or a phone in a house.  Often times a skilled criminal defense attorney can get a domestic violence charge dismissed in lieu of pleading to a vandalism felony if the facts warrant such a disposition.   Even keying someone’s car can lead to a vandalism conviction.

A felony vandalism conviction may include penalties of 1 to 3 years in a California jail or State Prison and a fine of up to $10,000.00 along with any restitution payment required to fix or replace the damaged property.

The definition of trespass under Penal Code section 602 includes the entry by a defendant or accused onto the property of another without the permission or right do so.   In order to be convicted of trespass a prosecutor must prove that a defendant had criminal intent.  A Trespass conviction can only be obtained by proving beyond a reasonable doubt that a person had the specific intent to damage, or interfere with, a property or an owner’s property right along with actual damage or interference to property.

Mr. Fernandez may have a defense to a trespassing charge if he can show that is perhaps on public property but it will be harder for him to argue that his intent was not to damage or interfere with property meaning the sign itself.   If you are charged with criminal vandalism or trespass in California it is always best to consult with an California vandalism attorney to defend against a criminal conviction which may include penalties of jail, fines and more importantly a criminal record which could interfere with your employment or future employment opportunities.