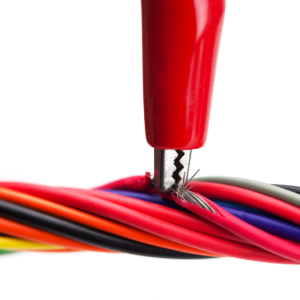 The weekly tweet of President Trump have raised a new subject sometimes facing person charged with crimes in California, wiretapping.   Mr. Trump has accused former President, Barack Obama, of recording conversations taking place in Trump Tower during the election and/or directly after the election.  What Mr. Trump fails to informs the country is that it is not unlawful to record or wiretap phone conversations as long as the conversations are recorded pursuant to a warrant.  Such warrant will often times come with restrictions as to how long a conversation can be recorded and what types of conversation are subject to the wiretap.   In California, there are law which prohibit recording conversations which could subject persons to criminal liability.   If a person is charged with such a crime they should consult with an experienced California criminal lawyer to determine the best possible defense to such charges.

States other than California and Federal Law are one party states meaning that conversations can be recorded as long as at least one person consents to the call.  (See 18 U.S.C.  §119, § 2511(2)(d).

California Penal Code section 633 allows state law enforcement to eavesdrop and record telephone conversations.  However, actually wiretapping a phone by law enforcement would require a warrant signed by a Judge.  Moreover, pursuant to California Public Utilities Commission General Order 107-B(II)(A)(5), a recording may be allowed if there is a beep tone warning before the recording commences.

A violation of California Penal Code section 632 is a misdemeanor and could result in imprisonment of up to one year in a California county jail or of a fine of upt to $2,500.00.   Moreover, the violation of Penal Code section 632 can lead to civil damages of up to 3 times the amount of damages suffered by the alleged victim or of a fine of up to $3,000.00.

Even if a person records a conversation without the consent of another party, the conversation still may be used in a civil or criminal proceeding to impeach and inconsistent statements by the recorded person.  (See Frio v. Superior Court (1988) 203 Cal.App.3d 1480, where the California Court of Appeal found that a witness who testifies in court cannot use  Penal Code §632 to avoid committing perjury. “The repugnance of an opportunity for a witness

[testifying in court or other related proceeding] who was recorded to lie in this situation is akin to the circumstance of a criminal defendant who testifies at variance with an earlier statement ruled inadmissible because of a violation of Miranda.”)

It is obviously not advisable to record a conversation with another person over the phone or in their presence without consent.  However, if you do find yourself facing accusations of unlawfully recording another in California you should consult with an experienced California criminal lawyer to avoid potential criminal penalties and punishment.

By Daniel Leib|March 10th, 2017|Criminal Defense|Comments Off on California Criminal Lawyer — Penalties for Wiretapping in California