California Criminal Defense Attorney — Can I Get My Bail Reduced in California?

Home/Uncategorized/California Criminal Defense Attorney — Can I Get My Bail Reduced in California?
Previous Next

California Criminal Defense Attorney — Can I Get My Bail Reduced in California? 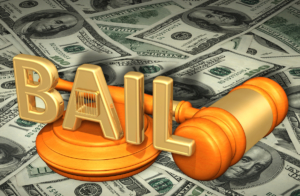 If you or a loved one find themselves in jail with an astronomical and unfair bail set on your case, relief may be afforded to you under recent changes in California law. Too often and for too long people with little or no means have been unfairly held in jail and separated from their family, friends and employment when people of greater means make bail and are released. Jails all over California are full of inmates who are in jail, cannot make bail yet have not be found guilty of any crime. Such unfairness has been addressed by the California Court of Appeal and there has been new and profound changes in the law that you need to know about.

In particular, pursuant to In re Humphry (2018) 19 Cal.App.5th 1006 when setting bail, the court must consider the financial ability of the defendant to post bail; the existence of less restrictive conditions of release; and an individualized inquiry rather than bail set solely on the bail schedule.

If you are on permanent disability, or Social Security, unemployed or with significant physical ailments, with no ability to earn money to post bail you may get relief from the court. Even if you have a criminal record or serious felonies or strikes in your past the bail cannot be  set solely and entirely on the County Bail Schedule.

The criminal court Judge is authorized to set bail in amount that will insure the defendant’s appearance. PC 1268; PC 1269c; PC 1275; PC 1289. Although there may be a criminal history, if there is no record of failing to appear on any case nor any record of a history of bench warrants a criminal defendant still may be able to have reasonable bail or even released on your own recognizance.

Even after bail has been set in a case the judge can re-visit the issue of bail. “After a defendant has been admitted to bail upon an indictment or information, the Court in which the charge is pending may, upon good cause shown, either increase or reduce the amount of bail.  If the amount be increased, the Court may order the defendant to be committed to actual custody, unless he gives bail in such increased amount.   If application be made by the defendant for a reduction of the amount, notice of the application must be served upon the District Attorney.”  Cal. Penal Code §1289.

“Although not necessarily exhaustive, factors to be considered in “setting, reducing or denying” bail are set forth in section 1275; protection of the public (the “primary consideration”), seriousness of the offense, previous criminal record, and probability of defendant appearing in court.  (See alsoIn re Berman (1930) 105 Cal.App.270, 271-272

“(c) Before a court reduces bail to below the amount established by the bail schedule approved for the county, in accordance with subdivisions (b) and (c) of Section 1269b, for a person charged with a serious felony, as defined in subdivision (c) of Section 1192.7, or a violent felony, as defined in subdivision (c) of Section 667.5, the court shall make a finding of unusual circumstances and shall set forth those facts on the record. For purposes of this subdivision,  “unusual circumstances” does not include the fact that the defendant has made all prior court appearances or has not committed any new offenses”. Cal. Penal Code § 1275.

IN RE HUMPHREY AND THE NEW APPROACH

The Court of Appeal has recently set forth a judicial expression in policy with regard to the setting of bail in pre-trial detention. In In re Humphrey 19 (2016) Cal. App.5th 1006 the court held that failure to make findings and inquiries regarding financial ability to post bail and less restrictive conditions of release violates due process and equal protection, and the decision to set bail amount based soley on the bail schedule, rather than individualized inquiry, violates defendants due process rights.

In Humphrey, 63 year-old Kenneth Humphrey was charged with first degree residential burglary (PC 459); inflicting injury on an elderly dependent adult (PC386(c)) and theft from a dependent elderly adult (PC 386(d)) arising out a home invasion robbery where Defendant was accused of threatening a 79 year victim and robbing him. Mr. Humphrey had 3 alleged prior convictions but had remained crime free for 14 years with no failure to appears. The court followed the bail schedule and set bail at $600,000.00.

In reversing and remanding for further proceedings, the Court of Appeal reviewed the history of bail in California and the legislative policies as expressed by the Governor, Supreme Court Justices and the California Legislature.

The court held, “Failure to consider a defendant’s ability to pay before setting money bail is one aspect of the fundamental requirement that decisions that may result in pretrial detention must be based on factors related to the individual defendant’s circumstances. This requirement is implicit in the principals we have discussed-that a defendant may not be imprisoned solely due to poverty and the rigorous procedural safeguards are necessary to assure the accuracy of determinations that an arrestee is dangerous and that detention is required due to the absence of less restrictive alternatives sufficient to protect the public. In re Humprhey 228 Cal. App.5th 1006, 1041.

In referring to bail schedules, the court held “These schedules, therefore, represent the antithesis of the individualized inquiry required before a court can order pretrial detention. Bail schedules have been criticized as undermining the judicial discretion necessary for individualized bail determinations, as based on inaccurate assumptions that defendants charged with more serious offenses are more likely to flee and reoffend and as enabling the detention of poor defendants and release of wealthier ones who may pose greater risk”. In re Humprhey 228 Cal. App.5th 1006, 1042.

As set forth in Penal Code section 1275(a)(1), in setting, reducing, or denying bail, a judge or magistrate shall take into consideration the protection of the public, the seriousness of the offense charged, the previous criminal record of the defendant, and the probability of his or her appearing at trial or at a hearing of the case.  The public safety shall be the primary consideration.  In setting bail, a judge or magistrate may consider factors such as the information included in a report prepared in accordance with Penal Code section 1318.

If you or a loved one find themselves in jail awaiting trial with unreasonably high bail whether your case be in Los Angeles, Palmdale, San Bernardino, Orange County, Riverside or any other criminal court in California, an experienced attorney can seek a review and reduction of the bail.   As such, once you are arrested and bail is set in your case, you should always contact an experienced California criminal defense lawyer to help get bail reduced or have a chance at being released on your own recognizance (OR) without even having to post bail.

By Joshua Glotzer|May 4th, 2018|Uncategorized|Comments Off on California Criminal Defense Attorney — Can I Get My Bail Reduced in California?

About the Author: Joshua Glotzer